What is Windows 10 and why is it better than Windows 7? || LN-TECHINFO 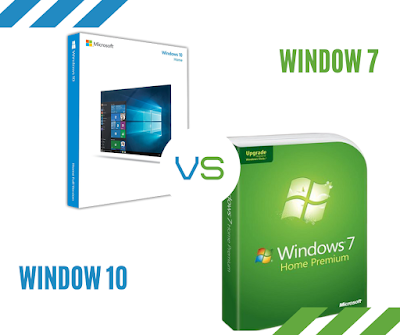 Do you know what Windows 10 is ? The simple answer to this is that this is a version of the Windows Operating System which is very recent and it has many unique features that were not available in earlier versions. From time to time, Microsoft has launched several versions of Windows such as Windows 98, 2000, Windows XP , Vista, 7, 8, 8.1 and now Windows 10. Microsoft has given every new Windows better features than the previous Windows. Tried so that it is more popular among people.

Taking this link forward, Microsoft launched Windows 10 in the market, which became very popular among people like Windows 7 . After Windows 7, it is a version of Windows that comes pre-installed on almost all devices. Often people ask us a lot of questions about Windows 10 and Windows 7, who is better than both. So today I thought, why do you guys know what Microsoft Windows 10 is and how it is better than Windows 7? I should provide complete information about the subject, so that you will get the answers to all the questions arising in your mind. Then without delay, let’s start and know what is the specialty of this Windows 10 that makes it better than all versions. 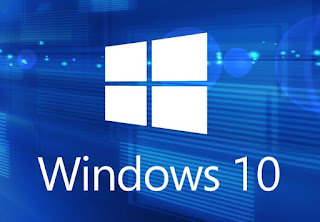 Windows 10 is an operating system that was launched by Microsoft on 30 September 2014 and came on the market in October. If the computer or laptop was already Windows 7 or 8, a new version of Windows 10 was being made available for free. It is the best user friendly operating system among all the operating systems till date.

In this version, the company has rectified all the mistakes made in Windows 8 or earlier and has included many new features in it. Microsoft also officially claimed that Windows 10 was installed by 14 million people. Windows 10 quickly gained its hold worldwide and became very popular among people.

The company had done its launching very brilliantly and publicized it everywhere. The company claimed that Windows 10 will bring a new revolution in the use of computers for people. To promote this, the company had organized celebrations at many places and told about the specialty of this new operating system.

This version of Windows is the first such operating system of Microsoft which was created for Computer, Tablet , Smartphone, Xbox One etc. It had a total of 7 versions which were made for different uses. Let’s know about the 7 version of Windows 10. 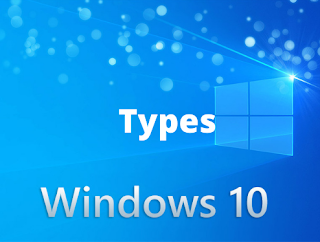 1. Windows 10 Home : It was made for the common user, who could use it for their use. In this, Microsoft had put many apps and its browser.

2. Windows 10 Mobile : It was made by the company for mobile phones, which was a great operating system for small screens. In this, Microsoft gave many Universal Apps and MS Office new Touch Edition.

3. Windows 10 Enterprise : This operating system was designed for medium and large organizations.

4. Windows 10 Mobile Enterprise : This operating system was meant for those who do business on mobile.

7. Windows 10 Pro : Made for people with small business who work on Computer, Laptop, Tablet etc.

Why is windows 10 better than windows 7 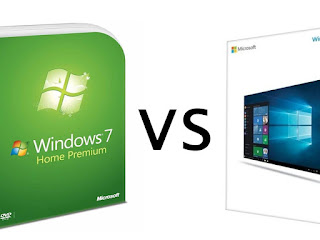 By the way, Windows 10 is much better than Windows 7. But to get complete information about it, you have to read further.

There are many games that run smoothly in Windows 7, but now the latest games are being launched, they demand this windows. So if you like playing new games, then Windows 10 is the best option for you.

As you know Microsoft has given new features in this new version by removing all the shortcomings of the old Windows. So if you also want to experience something new and great, then Windows 10 is the best option for you and in this case it is also much better than Windows 7.

In Windows 10, the company has provided multiple desktops for the user. In this, if the user wants to place his apps on one desktop and work on another desktop. This feature was not available in Windows 7. In this Windows, the user can arrange the apps on their own.

The company has included its own new badge browser in Windows 10 which is equipped with the feature of “Write On Web”. Through which the user can save any article directly on the web page by editing, highlighting and customizing it according to his need. This browser has many features that are not available in any browser. While Windows 7 does not have this browser.

9. Inbuilt are the best apps

In Windows 10, the company has given many important applications like Calendar, Maps, Photos, Music, TV, One Drive, which gives the user a mobile experience on the computer. With the help of these applications, the user can also do mobile work on his computer. While this feature was not available in Windows 7.